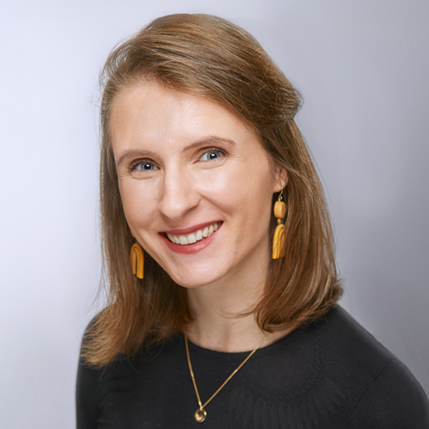 4 Ways Churches Are Responding to the Reopening Challenge

Are you feeling unsure about reopening your church’s doors in the midst of COVID-19? You’re not alone. According to findings from the third round of a COVID-19 study conducted by Exponential, 28% of pastors surveyed say they still are unsure when they will reopen their church building, and 67% are choosing not to meet in-person even if local guidelines and restrictions permit it.

Find out how your congregation feels about returning to church.

In a recent webinar, Ed Stetzer, executive director of the Wheaton College Billy Graham Center, unpacked findings from the study and explored how pastors are navigating the process of reopening church for in-person gatherings. Here is a summary of the study’s findings along with insights from webinar co-presenters, Pastors Tim Hawks and Dhati Lewis:

1. Churches are experimenting with in-person gatherings, but many are split and unsure about their return.

When asked, “When did your church return to in-person services?” 18% say since at least May, 33% say sometime in June, 20% say they’ll return in the fall, and 28% aren’t sure when they will return to their buildings.

Many churches are feeling the weight of the decision on whether to reopen their buildings after this global health crisis. “In this season there needs to be different spaces for different paces… There are going to be challenges because there are people with strong opinions on both sides,” says Stetzer.

Hill Country Bible Church in Austin, TX, was one of the first churches to open its doors in the Austin area. “[The executive team] has always made decisions as a group, but they were looking to me to make this decision,” says Pastor Tim Hawks.

Hawks says he based his decision to reopen in early May on three main factors: the congregation places a high value on public worship, he felt there was a call on the church to take greater risks, and he wanted to create a space for the early adopters of this new normal. Hill Country Bible Church offers mask-optional and mask-required services to meet differing opinions within the congregation.

In Atlanta, GA, Pastor Dhati Lewis from Blueprint Church says they are not planning to reopen their church until August at the earliest. They have a drive-in service planned for July 5, but after surveying their congregation, they made the decision to wait to reopen the church. “When we do open, it will be in stages, it will not be an ‘all call,’” Lewis says.

No matter the strategy to reopen, Stetzer urges churches to work with the local government to get permission on reopening numbers based on attendance percentages, not a blanket number. For example, allowing churches to open with 50% capacity versus no more than 50 people.

2. People are having different experiences within the pandemic based on their geographical context.

According to the Exponential study, 72% of rural churches say they are planning to return by June, while only 40% of urban churches say the same. Stetzer urges churches to think of reopening as an accordion, not just a grand event. Sometimes our buildings will be open and sometimes the doors will need to be shut once again.

"Think of reopening as an accordion, not just a grand event. Sometimes our buildings will be open and sometimes the doors will need to be shut once again.” – Ed Stetzer

“About 20% of New Yorkers know somebody who died,” says Stetzer. “So pretty stunning the New York experience, but it’s so different than the Iowa experience. You have to recognize this is not one experience for people. You see these numbers, and it’s overwhelming that people are looking to come back in June in rural areas, and they’re not so sure in urban areas,” he said.

Pulse of the People

3. A significant number of church leaders feel their members are split on whether to return to in-person gatherings right now.

There are many people and opinions on both sides of the issue when it comes to reopening for large group gatherings. According to the study, 28% of pastors say that the congregation is evenly split on returning, 23% say the majority is ready to meet in person, and 18% say the majority wants to keep meeting online.

Pastor Lewis says they have been surveying their congregation to get a pulse on how the people are feeling about re-entering the building for worship. “We have a large part of our congregation that says even when we reopen, we’re not coming back, so we have told them that we will continue our online service indefinitely,” Lewis says.

4. State leadership is the greatest factor for why churches are waiting longer to reopen, while federal and denominational leadership have the least influence overall.

“It’s not the national setting making the agenda anymore like it was in March and April….Now, it’s more state by state depending on the level of spread,” Stetzer says. “This is more of a local decision now rather than a national decision.”

Stetzer concluded by saying, “Regardless of whether churches are meeting in-person or not, this summer is a wonderful time to take advantage of granting leaders rejuvenation and a vision for the next season.”

This is an uncertain time for every church. We encourage church leaders to follow the guidelines of your local government and listen to your congregation to understand their comfort level for returning to church for in-person gatherings. We've made it easy for you to survey your people. Join Aspen's network of churches that are using Barna and Gloo's tools, and start polling your congregation today.

Erika Soerens serves as Marketing & Events Specialist for Aspen Group. In this role, she coordinates Aspen’s live and virtual events and plays a key part in creating and managing projects for the Marketing team.