Church Merger: 3 Churches Become One in a Converted Grocery Store

If you were to drive by the new site of Faith Assembly Walterboro in Walterboro, South Carolina, you might think this was simply a church that had taken over an old grocery store and adapted it into sacred space. You’d be partly right.

Faith Assembly Walterboro is a story of three different congregations joining together to form one new faith community in an abandoned grocery store. Church mergers can be tricky when they involve two bodies joining to become one. For three congregations to merge successfully is an amazing work of God.

In 2017, Rev. Daryl Hunt, pastor of Living Word Church, needed more space for his small but growing congregation. He was preparing to move some old Marine Corps barracks he had obtained to his church site. Before he could move the modular barracks to the church’s property, a long-time friend felt led by the Spirit to tell Pastor Daryl about a vacant grocery store that he sensed was supposed to become the church’s new home. Hunt caught a vision for how this abandoned storefront could be adapted into a new church. 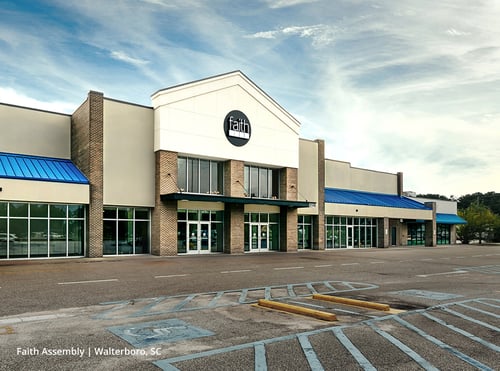 At the same time, Faith Church, a thriving, Assembly of God multisite church in 10 locations, was in search of temporary space to expand one of their campuses. Pastor Larry Burgbacher of Faith Assembly contacted Pastor Daryl of Living Word about securing some of his extra barracks for a new location they were developing in neighboring Ridgeville. When the two met, their conversation led to discussing the idea of a new church building in Walterboro. Burgbacher told Hunt that another Assembly of God (AOG) church—First Assembly—already existed in Walterboro, which would make it unlikely that Faith Assembly would locate there. 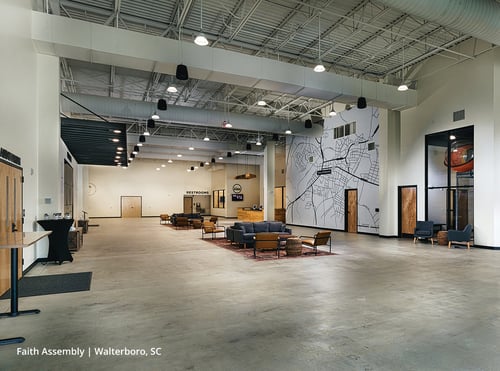 Around this same time, however, the pastor of First Assembly Walterboro became ill and was preparing to retire. Hunt approached the departing pastor about merging First Assembly and Living Word with Faith Assembly to form a new Faith Church of Walterboro. After many discussions and meetings, including affirmation from each of the merging congregations, the three churches became one.

A Church In and For the Community

In media coverage anticipating the church’s opening, Pastor Hunt said, “We had much-needed steel on a truck headed for our site when the hurricane hit and the highway patrol turned the trucks around on I-95 when the interstate closed. Then COVID-19 came through and one of our subcontractor’s employees tested positive for the virus. That stopped some of the work. When the tornado hit, other workers had to leave to take care of their shop. So, we have been through a hurricane, a tornado, and a pandemic so far. But God is still taking care of us.” 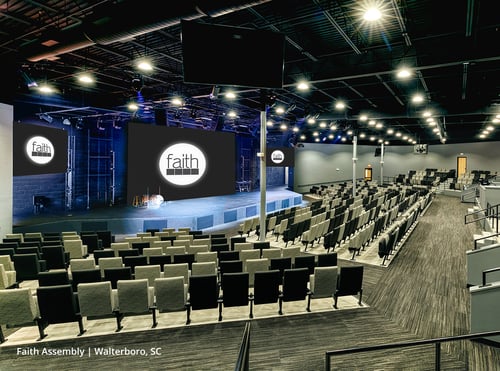 During construction, Hunt, along with staff, ministry leaders, volunteers, and congregants lined every surface and beams behind the dry wall with Bible verses, and they placed a Bible under the foundation of the stage as remembrance of being blessed with the new church. 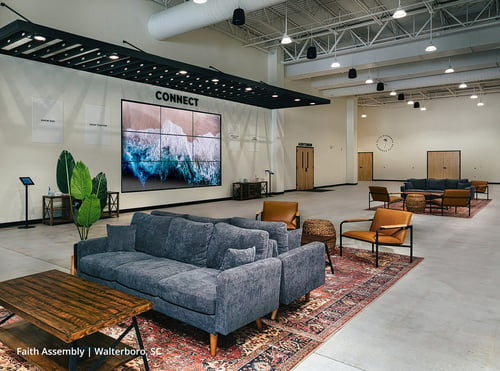 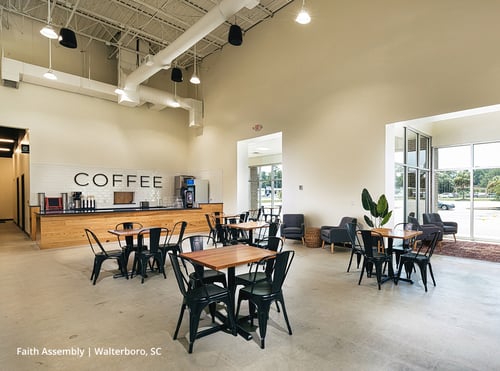 The entire church is designed for ministry to the community. The auditorium and classrooms provide meeting space for community use. The massive industrial kitchen features commercial-grade appliances and equipment—perfectly outfitted to cater large events. A second kitchen near the front of the church will be the location of a new café, open to the public for breakfast and lunch during the week. 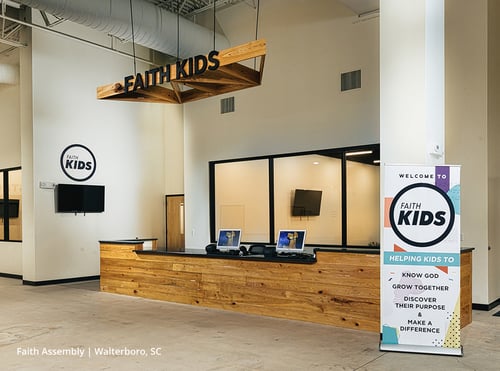 Along with children’s ministry use, the new indoor playground and kids’ slides will be used for community events, such as “Moms Morning Out.” 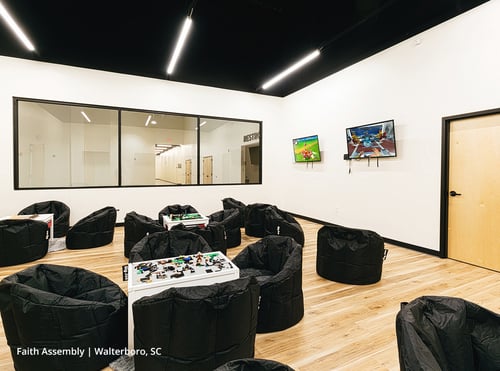 Students have their own large auditorium, screen and stage, along with a video game room with wall-mounted plasma TVs and lounge chairs and LEGO tables for younger students. 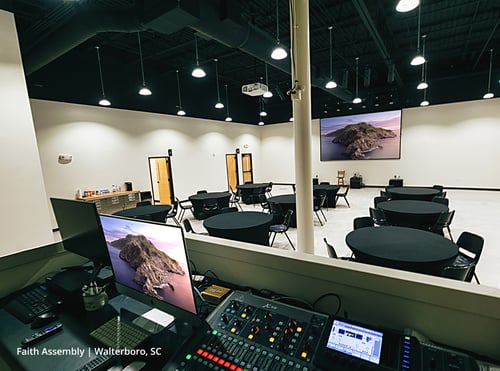 Large meeting rooms for students, young adults and adults with big screen televisions are available throughout the building. Each big room is surrounded with smaller classrooms or breakout rooms for every age group.

“I see this church as God’s gift to the community,” says Steve Cruze, Aspen’s project manager for Faith Walterboro. “He has brought so many people together to make this possible. No one person can take credit for this. This type of story of how everything occurred with this church is why I do what I do.”