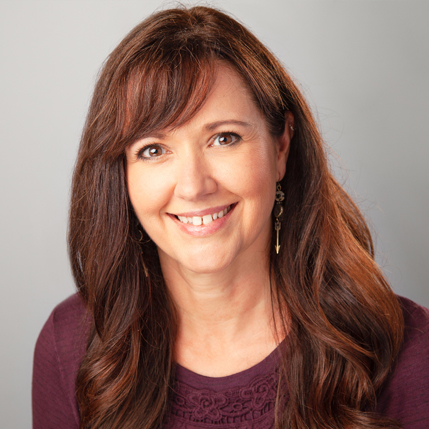 Details Matter—In Stories and in Design

Every story can be told in a variety of ways. For example, let’s compare the following texts:

Version #1:
When he was nearly thirteen, my brother Jem got his arm badly broken at the elbow. When it healed, and Jem’s fears of never being able to play football were assuaged, he was seldom self-conscious about his injury. His left arm was somewhat shorter than his right; when he stood or walked, the back of his hand was at right angles to his body, his thumb parallel to his thigh. He couldn’t have cared less, so long as he could pass and punt.

Version #2:
When he was a kid, my relative hurt his limb. It got better later—even giving him confidence he could play sports again. His arms weren’t identical, with one hand and one finger facing odd ways. But it didn’t matter, as long as he could put a ball in motion.

What do you think? It’s the exact same story told in two different ways. Which one intrigues you? Which one bores you?

I'd venture to guess the first version captivates you more than the second. It’s the first paragraph of To Kill a Mockingbird written by Harper Lee—with more than 40 million copies sold globally since its 1960 publication. The second version is written by yours truly—with zero copies sold since 2015.

The primary difference between the two versions—other than the vastly contrasting number of copies sold—is the lack of compelling details in mine. There’s no age, gender, name, relation, sport, etc. listed. Some kid hurt some appendage, and it affected his ability to play sports. Zzzzzz.

The details matter. They pull you in, carry you along, and keep you captivated. They matter in stories, and they matter in design.

We recently experienced this reality at Second Church in Danville, IL. This church had all the necessities in their church building—a lobby, children’s ministry space, and sanctuary—but each space lacked the details to tell a better, more cohesive story.

Second Church was known in the community for its hospitality. It was their storyline. But that’s not the tale people read when they walked into their church on Sunday.

There was no space in the lobby for connection, forcing the staff to serve coffee and doughnuts in a small classroom space that offered no place to sit and enjoy fellowship. A vibrant children’s ministry was accessed through a dark corridor, virtually unnoticeable to a first-time visitor. A newly created Next Gen worship service—targeted for young adults—was held in an outdated sanctuary.

Aspen Group got an opportunity to work with Second Church and find the right details to tell the same story inside and outside its church building.

We renovated the main lobby to offer a welcoming space with plenty of room for fellowship—incorporating both a fireplace with soft seating to facilitate longer conversations and bar height tables to allow quick, casual interactions.

We also prominently placed the Children’s Check-In area inside the lobby—adding in the color scheme from the church’s logo and using textured metal finishes. The new design blended in well with the feel of the lobby and gave visitors quick direction on next steps.

Second Church now gives people more than just the facts. The details in its space offer greater life and vibrancy to its story. They compel people to act, to stay, to find community. And most importantly, their revamped space and refined story helps people meet God.