How to Create Intimacy in an 1,100-Seat Auditorium

Since 1997, Community Christian Church has relentlessly pursued its mission of helping people find their way back to God. By 2010, however, it had become harder and harder to accomplish that mission at their main Naperville, Illinois, location. They had been holding five services every weekend in the “gymnatorium”—a gymnasium that doubled as an auditorium for Sunday worship.

Because of its limited size and convertibility, the gymnatorium severely restricted the church’s ability to grow in the ways they believed God desired for it. At the same time, Community Christian didn’t want to lose its distinct culture—a DNA that made it comfortable for people who were far from God to engage on a spiritual level in a new and positive way. 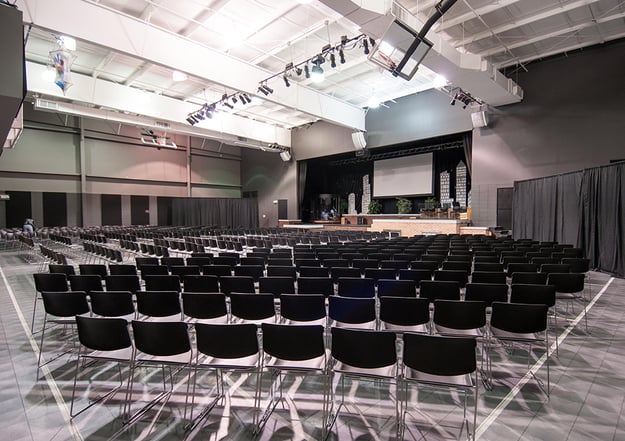 Aspen embarked on an intense process with Community Christian Church to identify the church’s unique culture and facility needs. Building a new, larger auditorium was a top priority, but it presented a design challenge: How to build a bigger, state-of-the-art auditorium without losing the intimacy that their smaller gym/worship space provided. 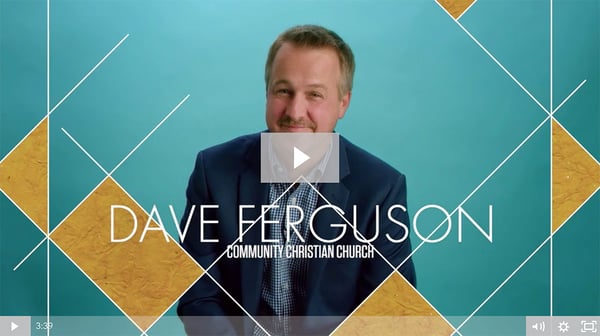 Creating Intimacy in a Big Space

Aspen incorporated specific design elements to create a sense of intimacy in the large, new space, which nearly doubled the capacity the gym could hold—factors that appeal especially to young adults, such as natural light, and varied seating options, like high-top tables and soft seating along the perimeter of the main floor. 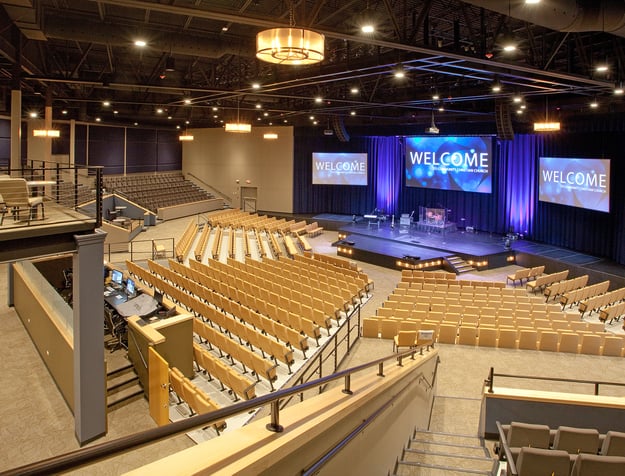 Seating clusters line the perimeter of the main floor and raised nooks with high-top tables and outlets for plugging into devices during services all help create a more intimate feel in an otherwise large space. Additionally, a second-floor sky box and balcony provide seating for people who prefer to sit above the crowd. 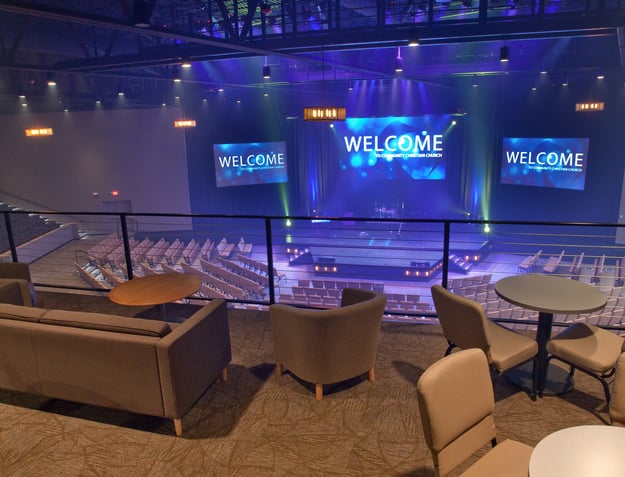 Committed to making the church a place for people in the community to use on Sundays and throughout the week, Community Christian invested in state-of-the art audio, video, and lighting for its new auditorium so that it could be used as a performing arts center for live community events. LiveSpace, a premier AVL company, outfitted the auditorium with new LED and side projection screens, a high-grade sound system, and a sophisticated lighting system for top-quality worship and performances. 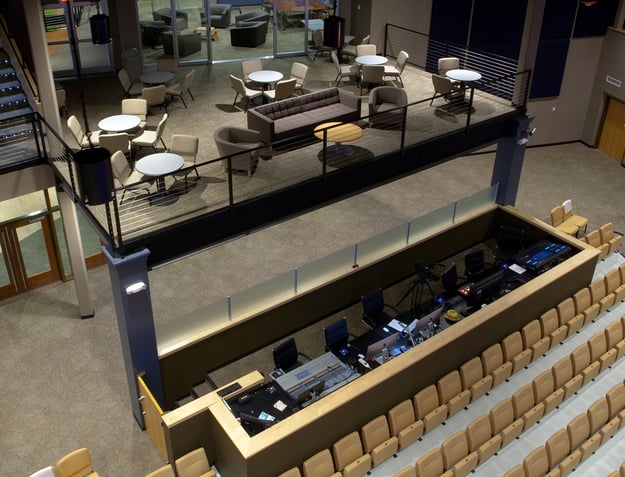 The church also added a café that serves breakfast and lunch items, and WiFi-ready hotspots in their first- and second-floor lobbies. 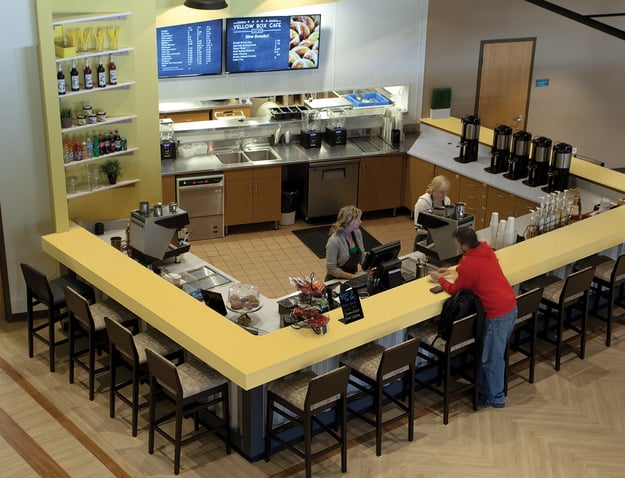 Though the auditorium and new lobbies serve as a top-quality venue for many types of events, it’s the addition of another new space—a second-floor, glass-enclosed training center—that may have the greatest impact on both the church and the community. The training center is used to mentor and train new pastors, church leaders, and leaders of every kind, including local school districts and businesses. 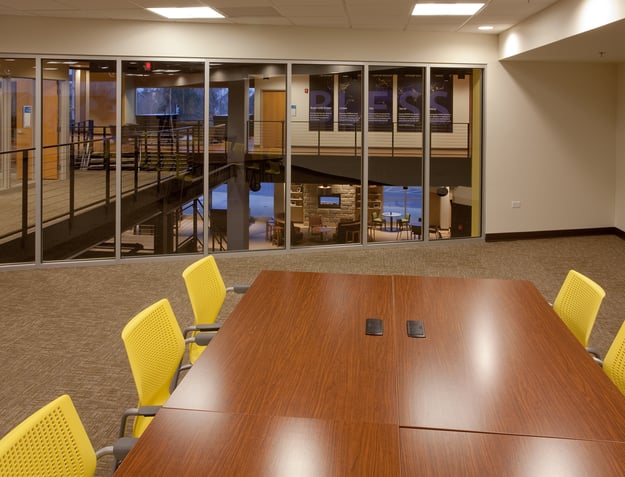 Since this renovation was completed in 2014, Community Christian Church has seen steady growth in attendance. Ultimately, the church hopes its renovated Naperville location will be a tool that not only brings more people through its doors but helps them find their way back to God.