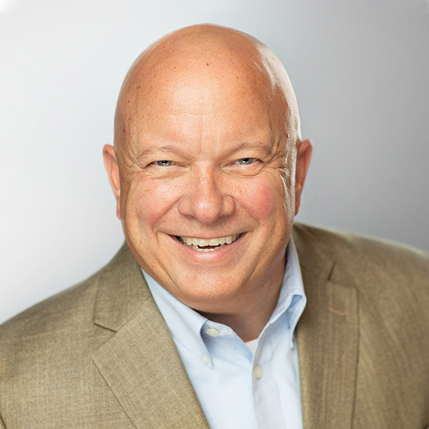 As the country began to shut down last year because of COVID, Pastor Taylor Burgess and his leadership team at Cross Community Church in Beaufort, South Carolina, made an important decision. As a church, they would not lie down and die. They committed to facing the future with courage.

Cross Community has been working on transitioning from a portable to permanent space, plus navigating a capital campaign, all amid the pandemic. I spoke with Taylor, who serves as lead pastor, to see what advice he would offer other churches in the midst of a building project or other major change.

We talked about striving to become a fearless church, leading through COVID, their partnership with Aspen, and the time he was invited to his own church. Yes, that really happened.

Here are five takeaways from our conversation: 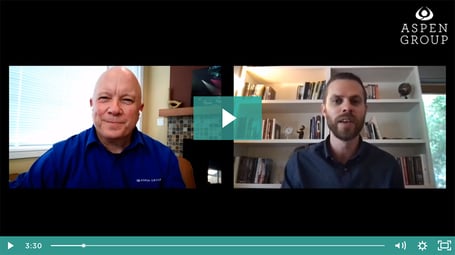 Nestled in the South Carolina Lowcountry, Cross Community Church is located in a beautiful setting. The congregation has been on a journey for several years to decide if and when it would put down permanent roots by purchasing a dedicated facility. At each turn, they have continued to be guided by their mission and calling.

“In the South, there is a lot of familiarity with the church, so if you’re starting a new church, it invites the question: What kind of church are you?” said Taylor. “At the end of the day, we're a Jesus church. As best as possible, we want to center on the message of the Gospel. From the beginning, we've tried to stress that the church is not a place; the church is people. The church isn't a facility; it's family. It’s not a building; it's a body. As clearly as we can, in everything we do, we want to point people to the hope they have in Christ.”

Because the congregation is so invested in reaching others in the community, they have established a strong culture of invitation, which he hopes they never lose. So much so, that one day Taylor found himself talking with someone at the grocery store who had visited the church on a day he wasn’t speaking. She shared what a great experience she had and even invited Taylor to check it out!

“As I look at everything that's happened in the last 12 months, with all that in the rearview mirror today, we know it is by the grace of God that we're here,” Taylor said.

“I think what really burdened our leadership and me early on is that we saw so many faithful, professing followers of Jesus who were dropping into fear, panic, hysteria and paranoia. Going to Walmart was like stepping into an apocalypse movie.”

“‘A scared world needs a fearless church.’ I wrote this quote by A.W. Tozer on the whiteboard in my office, and they stayed up for several months,” said Taylor.

In one of Cross Community Church’s early online services, Taylor and his team posed an important question to the congregation, asking them what they should be remembered for during the season of the shutdown.

They responded, “Let it be said of the people of Cross Community Church that, when the world shut down, the church showed up. We did not lay down and die. We did not run away in fear.”

“Like the believers in the book of Acts, we did not pray for relief from the struggle,” said Taylor. “We prayed for boldness in the face of it. That's much easier said than done. My anxiety has been through the roof at times over the last year, and there has been a lot of uncertainty, but what we do know is that the Lord has carried us each step of the way.”

From Portable to Permanent: Cross Community Church has spent the last two and half years meeting at a local YMCA. “We’ve been really blessed,” said Taylor. “The YMCA gave us an opportunity we couldn't pass up. We have been so grateful for them. But especially during COVID, it became even more obvious that we don't control the conversation–when and where we meet or how we meet. Some of that is good because we don't make all the policies ourselves. They were willing to let us get back in the building as soon as the restrictions were lifted. I could not think of a better scenario for a portable church than what we have right now,” Taylor said.

Before moving to the YMCA location, the church encountered a situation that may sound familiar to many portable churches. “Right before we moved to the YMCA, we were meeting at a local high school, and we loved being there. Then, the high school had to go under construction for the summer. We faced this very real scenario for several weeks where we almost had nowhere to meet. At the time, we were only a year and a half past our public launch.”

Taylor shared that it was a good opportunity to cast vision with the congregation for the value of dedicated space. “I shared earlier that the church is not a place; it’s the people. However, something else we regularly share with our congregation is: While the church is more than the building, it's not less than the gathering. In Hebrews 10, we read that we are not to forsake the assembling of ourselves together, which can be hard to do if there is no place to assemble.”

“We did make a conscious decision back in March 2020 with so much uncertainty on the horizon,” Taylor said. “Right away, we saw people losing jobs, some very concerned about income and their livelihood. We did not feel like it was in good taste for us to be driving forward at a time when so many of our people were hurting and concerned. We did dial it back, but we didn't take an official pause from the campaign. We were also reminded that the Lord led us into this a year ago, so we needed to trust the Lord brought us here, and he's still going to continue to provide. It was very much an act of faith.

“After a few months as the church started to regather, we were able to see where our congregation was with it. It was amazing; we had not missed a beat in our campaign even though we had not said a word about it. In spite of all the challenges, we had people who were still honoring and fulfilling commitments.”

Aspen Group’s Senior Project Developer Pat Kase was connected with Taylor through a previous ministry and provided him with ongoing guidance as their leaders contemplated Cross Community’s future. With more than 20 years of direct experience in both design and construction firms, Pat has worked closely with churches as a project developer, seeing church building projects from concept to construction completion, now guiding Aspen’s projects in the Southeast.

“Pat invited me to lunch one day, and he said, ‘Hey, I don't imagine you want to be portable forever, so what are you thinking about?’ I said we were not thinking about it yet, and he suggested we should be. Pat is very familiar with our area in our community and started throwing different things our way,” Taylor said.

“For two and a half years, Pat and I would get together every few months, and he'd have new ideas for me. By the time we were ready to start having the conversation, we felt like we had been given this master's level education about how to approach it. In the Lowcountry, we’re surrounded by water in our community, so there are a lot of challenges with the site. Pat and the Aspen team coached us through it. They helped us understand what we needed so we could represent ourselves well to the congregation and local government officials as we've had to pursue things like rezoning and variance requests.

“Pat really took time listening to our story, getting to know us, understanding our DNA and how we operate as a church. And then helping us answer the question: Can we actually design space that helps us facilitate and accomplish the mission and vision the Lord has given us?”

When asked about the lessons and values he would want the church to remember as they move forward, Taylor shares, “We've been, so laser-focused on our mission for these first several years. The fear is that once you're in a facility, it can carry with it this sense of arrival like that was the end goal.”

Cross Community’s leadership is already thinking through the strategy so that when they are able to accomplish this goal and occupy their new building, they adopt a mindset of mission accepted, not mission accomplished. This building is meant to provide fresh ways to connect and serve others.

He also notes that the congregation has a beautiful culture of serving inherent in portable churches, and it's a continuing value they want to keep. “I love that the impression people have when they come through our doors is they see everybody active and doing something. There is very little just sitting around.”

There is always new work to be done.

We'll continue to feature Cross Community Church's journey from portable to permanent. Be sure to subscribe to Aspen's blog so you don't miss their unfolding story.